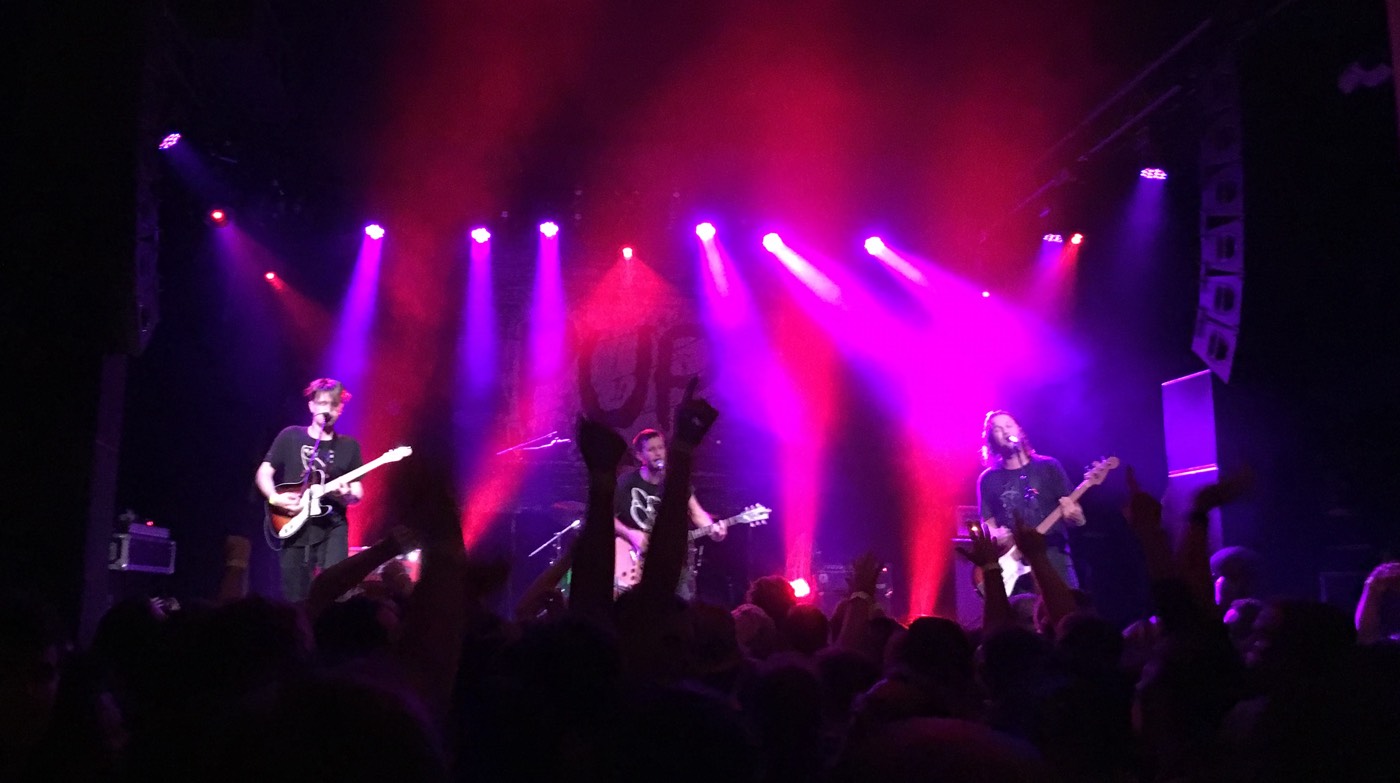 Just like 2015, this was another deep year in music. According to the list I constructed of my favorite albums since 1991, it seems we’re in the midst of the strongest musical era since the 1990s (at least, according to my tastes). Hmmm—perhaps it could be all the 90s revival bands I listen to…

This year gave us four records that could have been the Album of the Year in any given year and several more that will be recorded as “Other Exceptional Releases.”

PUP dropped 2016’s undisputed (by me) Album of the Year just two years after taking the same honor with their eponymous debut album. The Dream Is Over is so good that it’s the only album that can compete with Iron Chic’s The Constant One (so far) for Album of the Decade. PUP was also the best live band I saw this year… and who knows; maybe ever.

War Waves shocked me with their self-titled debut in 2015, claiming the #3 spot for the year. This is a UK band who randomly followed me on Twitter and I simply fell in love with. (Full disclosure: I have since befriended frontman Marc Newby because he’s a wonderful person.) Their new album—All That We Lack—is exactly the step I was hoping they would take. They are even more confident and dynamic in their work. Tracks like “Horses” and “Jean Season” stand out in a year of great songs.

Beach Slang released my favorite record of 2015 (The Things We Do To Find People Who Feel Like Us). Their new one, A Loud Bash of Teenage Feelings, might be even better even though it “falls” to #3 on this list. Great record aside, it was a tough year for my beloved Beach Slang. Two band members departed and at one point all of their gear was stolen. Here’s wishing them a wonderful and (relatively) drama-free 2017 (that already seems off to a great start.

LVL UP also improved on their exceptional 2014 album (Hoodwink’d). 2016’s Return to Love is just different than a lot of records I’m listening to these days. Rather than letting pure emotion drive it, it’s a lot more structurally complex. It’s one of those albums that makes me feel smarter for having listened to it—without being pretentious. If this band keeps getting better, look out.

Lastly, I have to mention Black Surf—yet another band that happened to follow me on Twitter (seriously, this keeps happening… it’s also how I found Old Fox Road, who ranks #2 on the EP list). Black Surf also hails from the UK and produce power-pop gems that would make Pinkerton-era Weezer and early Fountains of Wayne proud. Let’s Pretend It’s Summer is definitely my EP of the Year. They caught me off guard by releasing full-length “deluxe edition” of the EP in December. That caused some confusion of which list this EP/LP(?) was eligible for.

I opted to consider keep it on the EP list because the Deluxe Edition is more of a compilation of all their work up to this point. The EP was the first official release and I’m keeping it at #1 on that list.

Here are my favorite albums (and EPs) of the year.